Heading for Extinction (and what to do about it)

Are you worried about climate change?  David Attenborough certainly is.  Addressing international climate talks last year, he called it “Our greatest threat in thousands of years…. If we don’t take action, the collapse of our civilisations and the extinction of much of the natural world is on the horizon.”

According to mainstream scientists, we have 12 years to limit the coming climate catastrophe.  Our current course leads to more extreme weather events, sea rises, food shortages, mass extinctions and large areas of our planet becoming literally uninhabitable.  Most worryingly, as temperatures rise, there is a tipping point, where feedback loops, such as the lack of sea ice leads to further warming, kick in and cannot be stopped by reducing fossil fuel use.  In other words, not just polar bear extinction but human extinction is very much on the table.
Ok, so why on earth is no one doing anything?!  Surely, this is an emergency?! Individual actions (pledging not to fly, insulating your house etc) are all well and good but rely on the few informed citizens making those choices, against the prevailing culture.  What we need is rapid and massive change at all levels of the system. 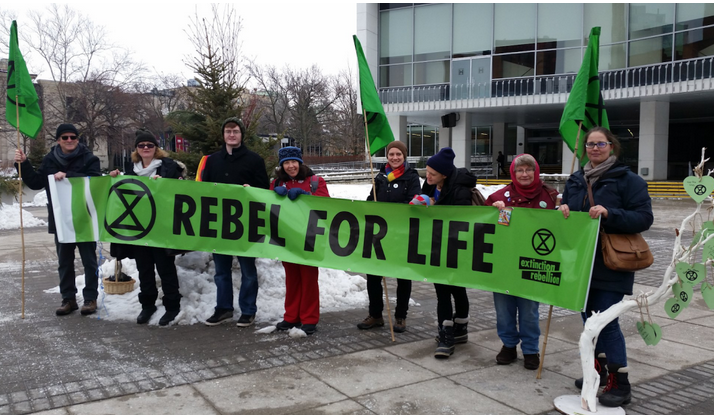 Extinction Rebellion was born in 2018 to use the powerful tools of non-violent civil disobedience to bring the issue to centre stage.   Hundreds of Rebels, from all walks of life, have blocked roads, disrupted oil industry meetings and Government buildings and many have been arrested.  It’s a fast-growing movement, with over 150 groups around the country and many more springing up across the world.  The biggest actions so far will be happening in London from 15th April 2019.  Everyone is welcome and everyone is needed to help this movement grow. 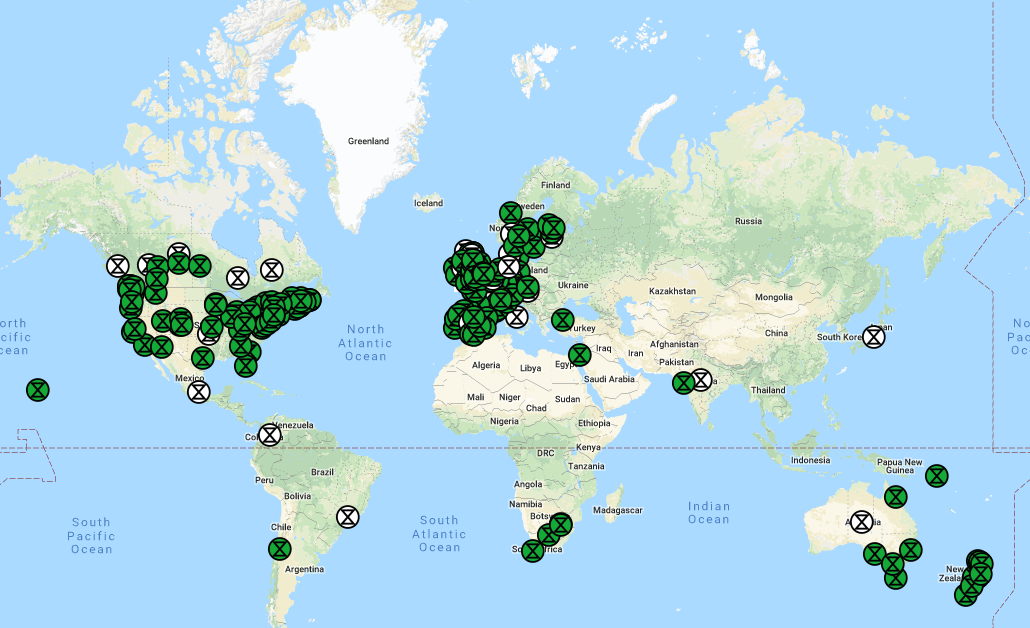 I have two young kids.  I feel scared and deeply sad to think that when my eldest daughter turns 18, it will already be too late to limit the worst of the climate catastrophe.  By that point, human extinction may already be inevitable.
I can’t be sure that this Rebellion will help kickstart the changes we need, but there’s no doubt that carrying on as usual will not.  Please come along this Tuesday 12th March and find out more. Everyone is welcome, everyone is needed.
Professor Kate Jeffery and Dr Emily Spry will give a talk Heading for Extinction (and What to do About It) on Tuesday, March 12, 2019 at 7:30 PM – 9:30 PM at Trinity URC, 1 Beaconsfield Rd, St Albans AL1 3RD.
Dr Emily Spry

Follow us on social media to find out more.

previousThe Benefits of a Plant-Based Diet
nextDo you eat food? Then you can change the world.